How This Nurse Made $1,695 In 12 Days By Flipping Items And Took Her Daughters To DISNEY! 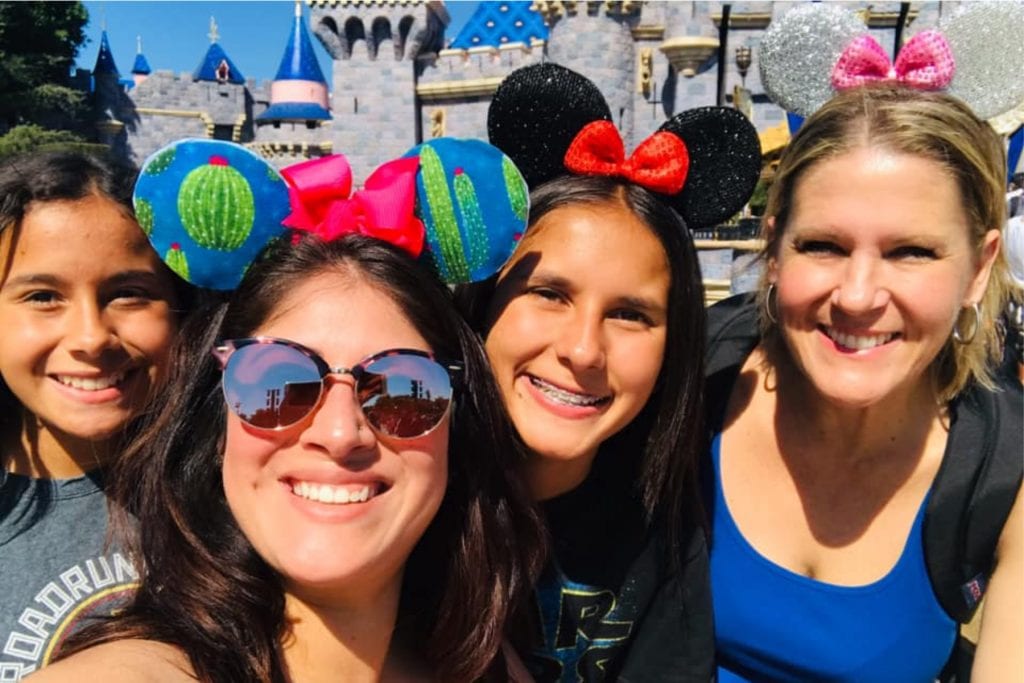 Today we have a special guest post from Stacy, one of our Flipper University students who remarkably funded an all-girls trip to Disneyland in just 12 days!

Stacy is a part-time RN and has been rocking her flipping side hustle for the last year and a half. Stacy is a wife and a mother of 6 kids and has been completely debt free since 2016.

She uses flipping as a way to save money for the RV she wants to buy and also for traveling expenses for her family.

Getting Control Of Finances 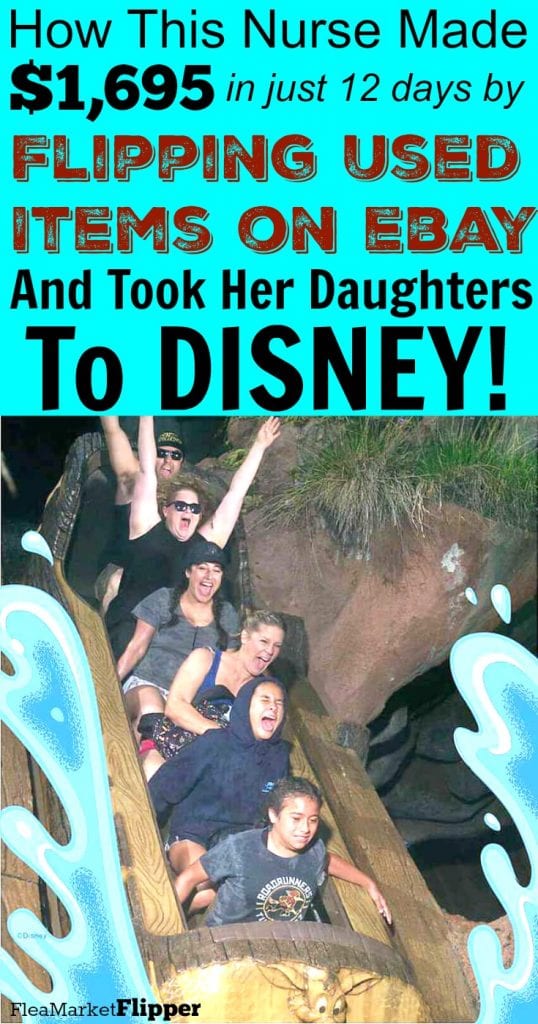 Ever since I can remember, I have always wanted to live a life of financial freedom. I had visions of traveling all over the world whenever I wanted!

Well, reality sets in when you find out how expensive life is and especially when you have six kids. I also wasn’t very good with my money when I was in my younger years, even though I had a great financial role model with my dad.

Unfortunately, I decided not to take my dad’s financial advice and I was buried financially when I was in my 20s.

I had gotten divorced, had two little babies to take care of, and I was totally broke. I filed bankruptcy in 2002 due to the devastation of my financial situation. It’s was the most difficult time in my life.

That was the year I made a promise to God. I made a commitment to Him that if he got me out of the mess I had gotten myself into, I would never put myself in that situation again if I could help it.

I decided that if anything would squash my dreams of being financially free to travel when I wanted to and live a life of freedom, being in debt would.

After my promise to God, I started living below my means, paying cash for things I wanted, and saving as much money as I could.

Fast forward 19 years. I married a really great guy who was of the same mindset as me. We have a motto in our house that if we want something, we work to save the cash for it.

If we can’t save the cash, well, then, we don’t deserve it or even want it that bad. We’ve been living like this for the past 14 years of marriage and it’s been a great way to live!

In June of 2018, I started really getting interested in traveling with an RV. My husband really thought it would be a fun idea too. But since we are debt free and will never take out a loan again, he let me know that if I wanted an RV, I would need to save the money for it.

I started praying at that time and asking God how I could get extra money. I am a nurse and I knew I could easily work extra shifts any time I wanted to earn extra money.

In fact, the year before, I had saved cash for a backpacking trip in Europe from working extra shifts. But I found at the end of the time I had worked, I was exhausted and it had stolen a lot of time away from my family. I wasn’t a big fan of that and knew there must be another way.

One day, a well-known blogger had a story about the Flea Market Flipper. I watched one of your videos and I was totally convinced after watching it that I could learn from you and be a successful flipper! That’s how I started flipping. My husband wasn’t entirely onboard at first. In fact, he said, “We are not freight shipping or doing anything like that.”

I reinvested the $75 and to this day, I have not put any of my personal money into the business.

I have managed to save $20K for my RV, even after giving 15% of my profits to charity and investing 15% to my retirement!

I have continued to purchase all of my inventory, shipping supplies, and even purchased a laptop for my business off that that original $0.50 investment! What started out to be just a way to get my RV has turned into a great business that I really love!

Making Memories With Money From Flipping

Since we have gotten out of debt, we have been able to do a lot more traveling. Unfortunately, this happened after my oldest daughter moved out and got married. She is 31 now and there is a 16-year age difference between her and our youngest daughter. That’s a lot of years!

As you can imagine, raising six kids is expensive!

The emptier our house gets with kids leaving, the easier it is to go traveling. Since my daughter was the oldest, she probably got to do the least amount of things with the family. During the time when the kids were young, I wasn’t working and we were living on just one income. This certainly limited us and my oldest probably got the short end of the stick.

Happily, she still enjoys being with us and she goes out of her way to spend time with her little sisters. She has so much to offer with her life experience and just who she is as a person. 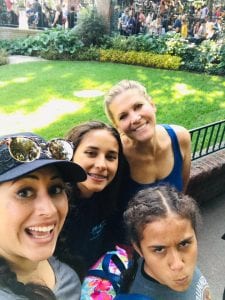 It’s really important that they have that time together. I’ve seen so many families that have that big of an age gap between siblings where they don’t even know the younger siblings. It’s a shame, but it’s reality.

My oldest daughter is married now and she has her own family. So I was totally surprised and really excited when she mentioned doing an all-girls trip with me and her two younger sisters.

While we sat together at a family gathering, my oldest daughter and I made plans for a four-day trip to Disneyland! It took us an hour to plan it, but the real challenge would be to get the money together!

This was September 14. We decided we would leave on October 11, so I had less than a month to flip my way to Disneyland!

I quickly calculated in my head the cost of the tickets, the hotel rooms, food, and gas to California. I decided, I would need about $1,400 to have a really fun trip!

My oldest daughter noticed how well I was doing with flipping and jokingly said, “What can you flip, mom? We need to go to Disney.”

I left the party that night and went directly home to book the rooms for Disney. I didn’t have the money yet, but I knew I would! That is one of the great things flipping has done in my life – It’s given me lots of confidence. I now know that if I need to put together cash quick, I can totally do it!

By the time I went to Disney, I had sold over $2,000 more! I could now take the extra flipping income and use it to reinvest in my business. On top of the $1,695 I made after 12 days, I had sold two big ticket items.

The first was a boat. Yup, I know. If you would have told me a couple years ago, I’d flip a boat, I would have thought you were crazy! We purchased a boat for $400 locally.

We planned to fix it up, but got so busy that we just sold it as is for $1,000. Not too bad for doing absolutely nothing to the boat.

I also found a $5 skateboard at a yard sale, which turned out to be a vintage custom skateboard from the 80’s. I sold it a week later for $650! 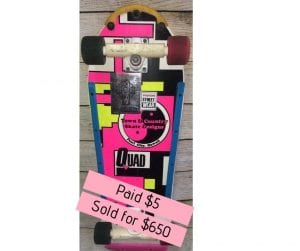 Flipping items has become such a blessing to my family. We ended up in Disney for four days and we had an awesome time! The whole time we were together, we were investing in each other.

During our trip to Disney, we got to really pour into each other. We laughed, we reminisced, we loved each other. We didn’t worry or get stressed out. 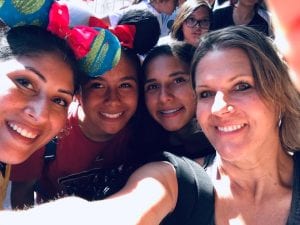 That’s what flipping has created in my life. It’s a way for me to have the extra money to do those extra things that don’t fit in my budget. Honestly, spending my flipping funds on a trip with family was better than any investment I could have made. We have a family memory that we can remember for years to come!

The best part about it is, it’s just the beginning! I believe flipping will continue to provide a way for me to live out my plans for travel, to experience life with my family, to pour into my kids, and live a life of financial freedom that I love.

We are so excited to hear what people are doing with their extra income from flipping.

We know what it has provided for our family, but to see others benefitting from reselling really lights us up!

If you think flipping items could be a good fit for your family and finances, check out our FREE 1-hour workshop to see if it’s right for you.

How This SAHM Made $1,000 In Her First Month Flipping Used Items

Finding Free Items To Flip: How This Couple Turned A FREE Item Into $1,299!

Do you know how to change feedback on eBay? Sellers on eBay count on good feedback to build their eBay...
Posted in ebay, Student Success