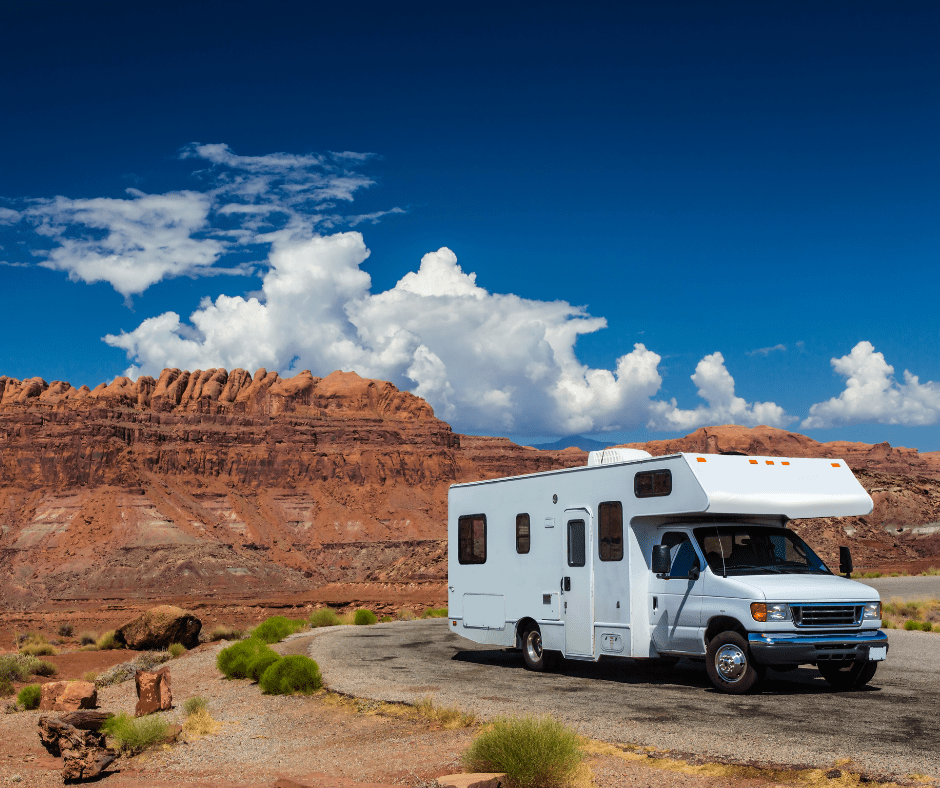 Have you ever wondered what it’s like to be a reseller while living life on the road? Liz and Casey from Freeway Flippers share how they started their reselling business while traveling.

Liz and Casey live in Apache Junction, Arizona, and first got into reselling while Casey was working as a catastrophe adjuster. He was on the road for three weeks a month, and only home for seven days. It was tough for the two of them to be apart so they started looking for gigs for Liz to do on the road.

Casey found a reseller channel called Reezy Resells and got inspired to try flipping. In 2017 they started by flipping books, purchasing them for cheap, and selling them on Amazon.

How Did Reselling On The Road Work?

Liz would go to the Goodwills and find books, scan them, and ship everything out of the hotel room. They did a test run in Denver and it went well so they decided to sell everything they had at the time, including their house, and they hit the road full-time in their RV. Casey continued his work as a catastrophe adjuster and Liz became a reseller. Hence the name, Freeway Flippers.

Casey says they went with books because they were easily scannable so they could make a decision quickly, and they were low cost of goods. At the time they didn’t have to store them because they could just ship them to Amazon.

Liz kept a crate of supplies on hand with a scale, tape, scissors, a box cutter, and a few boxes, and would run to the local store for fill-ins of anything else that was needed to ship the books.

What Is The Majority Of What You’re Selling Now?

Casey and Liz have two private label Amazon businesses where they buy directly from a manufacturer, trademark a brand and label it, and bring it to market. They also started that in 2017, and have been building the business to make about $600-$700K in sales annually. They don’t even touch the product on those businesses.

When Amazon made the decision in 2018 to increase their storage fees, Casey says they weren’t prepared for that, so they ended up moving to a local warehouse where they store items. Then they send them into Amazon in chunks so they don’t get hit with large storage fees.

They’ve also been working to grow their eBay business for about a year and a half.

Do You Do This Full-Time?

About a year and a half ago Casey was able to leave his W2 job to join Liv and pursue reselling full-time. At the time they had also just invested in a company with a friend, but it didn’t work out and they sold their investment to another partner. They had been banking on that income though, so it forced them to really put reselling at the forefront of their plan.

They also decided to diversify their income. They do Amazon, eBay, print on demand, YouTube, and have a rental property.

Are You Working Together 24/7?

Casey and Liv work together most of the time. After living in an RV for a year and a half together, working at home together is easy. They both have their own spaces where they work, and they try to use their strengths to do tasks they are each good at.

What Was An Average Income When You Were First Starting?

Casey said with the books there were $300 days because margins were high at 40-50%. They try to think of income as a day check versus a paycheck, so they know what they need to live each day and can see how much they’re making compared to that.

What Is Something You’d Tell Someone Just Starting Out?

Liz says new resellers should absorb as much information from YouTube and learn how to start, what they need, and where you can find inventory. Then look around your house and start with five items and go through the process of getting them listed and sold. It’s more work than people think. Really learn how the process works, test it out and see if you’re still interested in it. If so, keep learning from there with one or two new items a week.

Casey’s advice is to be consistent. A lot of people give reselling a try for a month, say it’s not working, and give up.

If you haven’t tried reselling, start with a few items around your house and let us know how it goes!

Working With Your Spouse

This One Purchase That Made Us Over $25K In Profit

We are not CPA's and this is not legal tax advice. Please check with your CPA for your own reselling...
Posted in Reseller Hangout Podcast