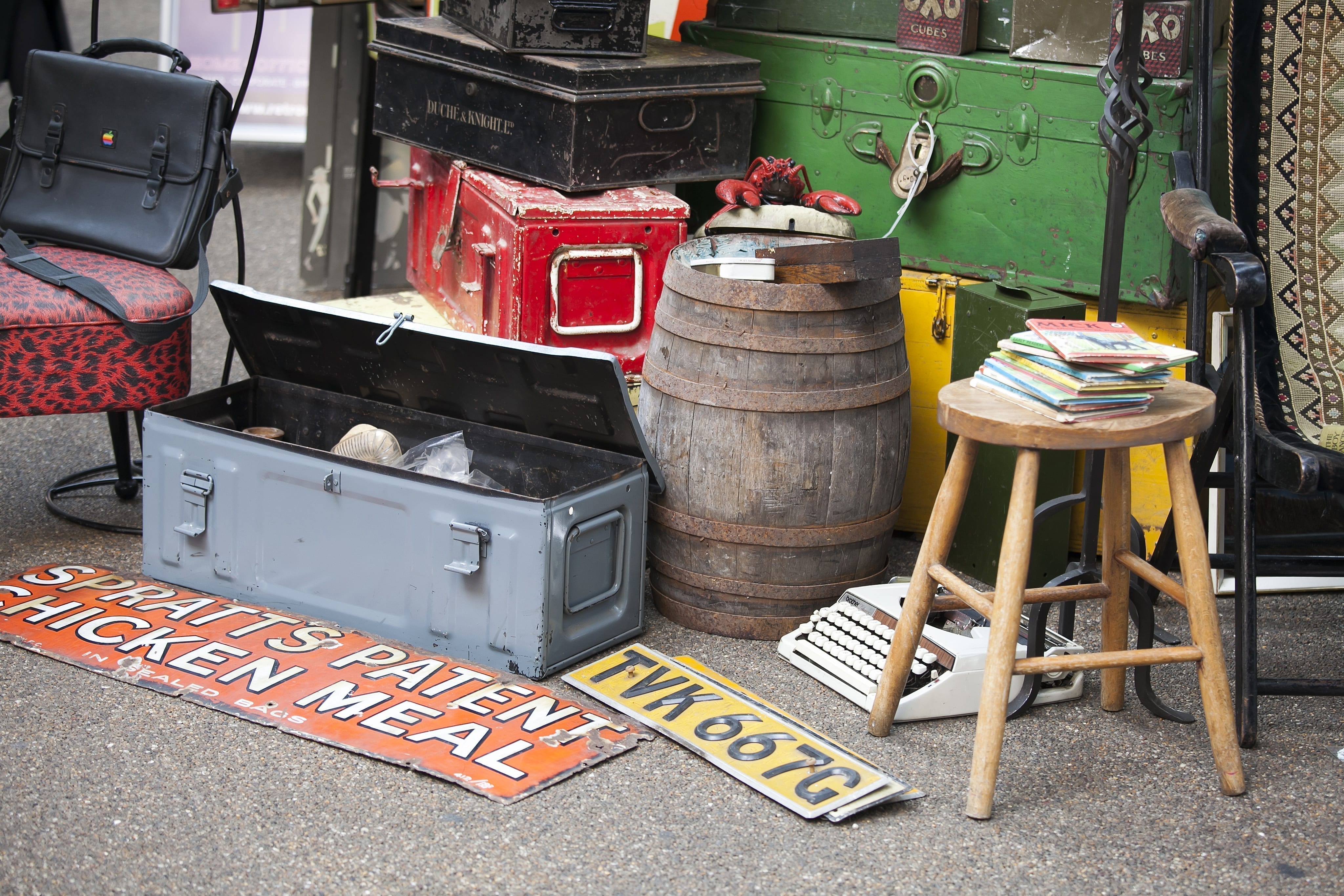 Last month was a good month to be a flipper!

But it was a whirlwind with the end of the school year events for the kids, hosting our shipping bootcamp, and planning out the summer with both work and a little relaxation and fun.

In this post we will dive into the costs of good sold, our shipping costs, ebay fees, and of course the PROFITS!

We prefer our business model of high profit/low volume because it frees up more time to spend with our family. It takes the same amount time to clean, take pictures of and list almost any item – whether it’s $5 or $500.

The shipping does take a little more work than the small items, but it’s still well worth it and less time than hundreds of items.

Of course there is nothing wrong with the other business model, this is just what we prefer and works for our family.

So let’s dive in!

I picked up a few crates of these commercial cleaners a while back and they have been steadily selling. I sold a lot of them last year when everyone was looking for any kind of cleaner they could get their hands on.

Alright, so I’ve had this one in my shop for awhile. I actually forgot about it.

Several years ago, my Volvo convertible (a car I had restored) finally went kaput.

The car itself wasn’t worth much anymore, so I pulled off some pieces and sold them off. I had this one sitting for awhile but it sold last month for $255!

This is a kettle/ steamer used in a commercial kitchen. I picked it up from an auction for $120

Melissa wasn’t excited when I bought this mower at the end of last season. I spent more than she likes to invest, but I knew it would pay off!

I actually bought two of these mowers for $2,400 (so $1,200 each). I knew we would probably have to sit on them until summer was coming around again, and guess what – they both sold! One in March and one in May.

Funny story with this one is I actually sold it on Craigslist!

The buyer saw it on eBay and then found it on Craigslist. So we ended up selling it through Paypal for $5,500.

Some of you may remember when we picked these boards up on our road trip last summer. We picked up 5 of these from a listing on Facebook Marketplace when we were in South Dakota.

Check Out Our FREE Flipping Workshop To Start Your Side Hustle TODAY!

This one didn’t profit as much as I would have liked because the pallet ended up being a little larger than I expected.

But we packaged up this one live for our freight members group and it was fun one to do a demo on.

These were a freebie given to me so I could resell them.

It can be SO HELPFUL to tell people you are reselling to make some extra money. You would be surprised what people will send your way!

Many times friends and family don’t want to take the effort to list an item to make the money and instead of donating it, they will give it to you so you can make the money.

The next two sales were a little different than our normal items.

We actually sold two of our vehicles.

Last year was a tough year for our family.

My brother in law passed away from brain cancer at the end of April and we spent a lot of time with my sister and nieces.

The timing of Covid was actually a blessing because it allowed all of our schedules to be freed up and we were able to spend every day at their house.

After he passed away, we had the great idea to help everyone get their mind off things and take a road trip to see national parks.

We bought a 15 passenger van for $2,700, loaded it up with our family, two of my sisters and four of my nieces and set on the road for a month!

One of my nieces even painted the van (which got the nickname Big Bertha on the trip) with places we were going to visit!

It was an EPIC 30 day road trip around the United States and we are so thankful we were able to do it. We saw SO MANY cool parks and just being immersed in God’s creation was restorative for everyone. (We got to see the Grand Canyon, walk on the salt flats, hike the Narrows in Zion, hike through the Grand Tetons, watch old faithful erupt in Yellowstone, hike to the most beautiful lake in Glacier, and even stop and see Niagara Falls on the way back home.)

But after the trip the van mostly sat – so it was time to sell it.

I could have gotten more out of it, but he needed a work van and I didn’t have to make any other efforts to sell it.

We sold the Escalade a few days after we sold the van.

We used the car for a couple years and then a cylinder broke on it and I let it sit. It was a pretty big fix so instead of trying to fix it, we decided to sell it and find something else for our family vehicle.

I listed it on Facebook Marketplace and since it was a desirable car I had a ton of messages about it.

Finally came to an agreement with someone and they were coming to pick it up the next day.

Then I made a HUGE mistake.

The buyer had a friend picking up the car because he lived in Georgia.

He was late and we were short on time to make the transaction because I had to pick up kids at school by 3pm.

He acted funny but I didn’t think much about it.

I called the buyer and of course he said there was nothing he could do – it was his friend who shorted me.

I lost sleep over it that night, and beat myself up for not counting it at least twice.

But at the end of the day, it was a costly mistake and you have to move on. The guy has to live with the fact that he stole $1,000 that he knew wasn’t his to take.

And we can move on and celebrate the fact that it’s was a good month!

Can’t be too upset with that.

Oh, and we can’t forget the kids!

We haven’t been working as much with them to get things listed lately, but Brody sold two items!

The first was a set of training wheels he took from his bike that he got for his birthday. He didn’t need them so we sold them on ebay for $15. After shipping and fees he made $6.

The second was a remote he randomly found in a closet somewhere. He asked if he could sell it so we listed it and he sold it for $19! After shipping and fees he made $13!

A $19 month when you are 5 years old sounds pretty good to me!

We are also working with the kids to take their profits and split them up in envelopes.

A % goes to savings, to giving, and the rest can go in spending.

If you think flipping used items could be a great side income for you, check out our FREE workshop!

Check Out Our FREE Flipping Workshop To Start Your Side Hustle TODAY!

How This Retired Couple Made $6,800 Flipping Items In 3 Months

These Newlyweds Paid Off $6K Of Debt By Flipping Items

Could A Flipping Side Hustle Help You Retire Early?

Retirement? What’s that? That’s not even a word I think about often because I think I’ll be flipping items well...

How This SAHM Made $10K Last Year Flipping Used Items

Melissa always wanted to be a stay-at-home mom when the kids were little, but we didn't know if we would...

Teamwork to Make the Dream Work: How This Family Started Reselling and Paid Off $75K in Debt to Fulfill Their Dreams

Are you buried in debt feeling there’s no way out? Are your dreams being limited because of your finances? Teamwork...

Happy Holiday: 5 Ways to Flip Your Way to a Great Holiday Season

Does the thought of the holidays coming feel stressful to you? Do you long for a happy holiday, but you...

How We Made $2,650 In One Week Flipping Used Items

Good Vibes: 10 Ways To Move Your Flipping Business Forward With A Positive Attitude

Think positively - rewire your brain We went to an amazing conference in Orlando recently. One of the things that...

Debt can be a drag. I know we’ve accumulated debt at different times in our marriage and it’s not fun. ...
Posted in Earnings Reports, ebay, Recent flips